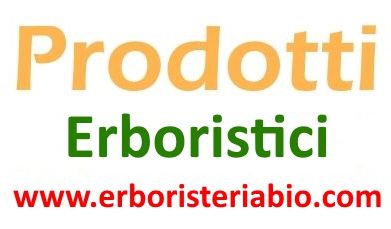 Since the dawn of time herbs were collected and prepared to support the welfare and human health.
Furthermore , their presence in ancient tombs is a clue that they were attributed magical powers and supernatural in Iraq within a sarcophagus of 60,000 years ago found eight different medicinal plants and still shamans 's Amazonian healers and the Steppe constantly taking hallucinogens (eg ' Amanita muscaria ) , prepare decoctions , poultices , ointments and potions to cure the sick. Knowledge about the treatments was transmitted from one generation to another . It was in 3000 a. C. appeared that the early writings and the oldest is the Ebers Papyrus , which lists many plants , tips for using them properly, and magic spells . In the fourth century BC Aristotle argued that the plants possessed a soul was with Hippocrates (460 BC ) that science began to separate from magic. Over the centuries, the flourishing trade brings wealth of new studies and new knowledge .
Today we can distinguish , among others , three great traditions herbal medicine :
The popular tradition of the Western world , based on the Greek and Roman The ancient Indian Ayurvedic tradition Traditional Chinese Medicine . This cultural heritage , which began with the experimental use of plants by primitive people , which is used by modern science , with its research facilities capable of isolating the active principles and to identify the mechanisms of action of herbs, has determined the birth of a "new herbal .
Traditional Herbs
The traditional herbal medicine traditional herbal medicine was the prerogative of casalinghe.Esse cultivated spices and herbs in their gardens or gathered in the wild . The used fresh or kept drying , or extracting substances Soak in wine or brandy . sophisticated galenic preparations were prepared by specialists or pharmacists. Their suppliers were herbalists who mostly gathered herbs in the wild. Nowadays , the traditional herbal medicine is considered a hobby for people fascinated by botany, for health-conscious , "green " and other groups. For many it is also a nostalgic folklore.
Modern Herbalist
'S Herbs modern industrialization during social has been modernized. The wild harvest of the past has been replaced by crops that specialize in herbs and medicines.
Herbs modernly equipped and provide their products to industries :
food cosmetic Herbal
The industry processes them in:
food supplements health products, cosmetics, herbal products and phytotherapy

(from Wikipedia free encyclopedia)
Warning: News, information and anything shown on these pages are indicative and are provided for information only and not medical . In case of problems related to your health please contact a specialist. Making self-care and self , without first advice of a professional can be dangerous.

There are currently no product reviews.